Why I Hate the New International Version of the Bible

As readers of this journal may know, I am writing a book on how to read and interpret the Bible.  So, I’m thinking a lot these days about hermeneutical matters.  Yesterday provided me with a shock that somehow has to find its way into the book. 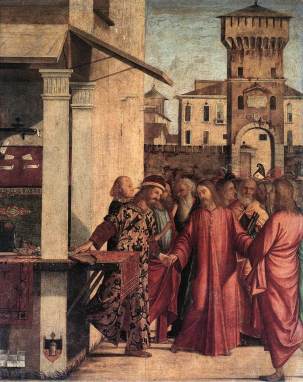 My Sunday School class is studying Mark’s gospel.  Yesterday’s lesson was on Mark 2.  In one episode, Jesus calls the publican, Levi, to be a disciple (2:14).  In the next episode, Jesus is eating in “his” house, along with many publicans and sinners (2:15).  In class I made the point that in Mark’s gospel it is not clear in whose house Jesus is eating.  Luke’s gospel removes the uncertainty by telling the reader that the meal occurs in Levi’s house (Luke 5:29).  I wanted the class to notice that Mark sets the two episodes side by side without directly connecting them.

I then learned that the NIV Bible takes it upon itself to connect what is unconnected.  It translates Mark 2:15 thus: “While Jesus was having dinner at Levi’s house. . . .”  In other words, the NIV gratuitously adds to the biblical text, thinking that it thereby helps the reader.  (I learned this because most of the class uses the NIV.  Some years ago it became the translation unofficially endorsed by my denomination.)

The clods responsible for the NIV, thinking that they have done the reader a favor, have, in fact insulted the reader.  The NIV consistently assumes that the reader is stupid and needs the translator to clarify whatever in the biblical text is unclear.

The NIV approach fights against the very thing that is most needed, namely, for Christian disciples to read the Bible very carefully and slowly.  The NIV hinders such careful reading by making the biblical text more familiar–in this case, by importing information from Luke into the translation of Mark.  Doing so eliminates the need for the reader to linger over the text, puzzling about its narrative flow or lack of flow.

The NIV refuses to acknowledge that sometimes lack of clarity is a good thing.  Lack of clarity in the Bible functions like a speed bump, slowing the reader so that reading becomes more laborious but also more careful.  The problem for many Christians is that, having read and/or heard the Bible for many years, they are overly familiar with it–it contains no surprises.  One way of getting them to read more carefully is to draw attention to the surprising points of unclarity in the text–the places where it doesn’t make sense or says something different from what we think it says.

The NIV subverts this process by smoothing out the wrinkles in the Bible, making for a smoother text and a faster read–exactly the thing that is least needed today.  That is why the New American Standard Bible is superior–when the biblical text is unclear, its translation is unclear; when the biblical text lacks coherence, the translation lacks coherence.

Trying to increase biblical literacy in the church is a daunting task today.  It’s too bad that the translation that is most popular in my church makes the task more daunting.