Veiling women and the word of God 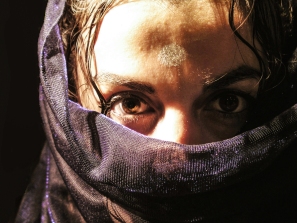 Last week I raised the question of progressive revelation within the Bible. I noted that Christians generally acknowledge that the New Testament reveals God in a fuller way than does the Old Testament. (This statement obviously requires qualification. Martin Luther, for instance, believed that parts of the OT reveal Christ while parts of the NT do not, at least directly. So, the relation of the NT to the OT is complicated.)

I also argued that even within the NT we should distinguish among passages. Some reveal God and God’s will more fully than do others. As a practical consideration, this means that, if we ask whether women can and should be ordained into the church’s ministry, we take Galatians 3:28 (In Christ there is neither male nor female) as our rule instead of passages such as 1 Timothy 2 (I do not allow a woman to teach or have authority or a man [or, her husband]).

This argument suggests that some NT passages are problematic. The Christian community has no problem admitting that there are parts of the OT that represent problems–I’ve mentioned Ps. 137, for example, with its approval of those who would kill Babylonian infants. But are there NT texts that are similarly problematic?

This is a hard question. Because the Christian church believes that the NT represents (or at least bears witness to) the ultimate revelation of God, it is very difficult for us to admit that it contains unworthy or problematic ideas.

However, if we are honest, we will admit that there are NT passages that are embarrassing. Take, for instance, Paul’s insistence (in 1 Cor. 11) that women must wear a veil when they pray and prophesy publicly, along with the curious notion that, while males are the image of God, females are the image of males. Although Paul’s words made perfect sense and had an important pastoral function in first century Greco-Roman-Jewish culture, I think it would be a mistake today for us to insist that Christian women wear a veil when they pray or prophesy in public. Likewise, the idea that males are the image of God, while females somehow are images of males strikes us today as very odd.

Faced with these sorts of texts, we might be tempted to fall back on the belief that the New Testament is the words of God, and that if 1 Cor. 11 is out of step with modern sensibilities, then too bad for those sensibilities–we must obey God even if it means rejecting contemporary culture.

It is true that being faithful to our Christian calling will sometimes require us to reject some aspect of our culture. Part of the church’s task is to identify those features of contemporary culture that are destructive and to bring speak prophetically against them.

But can we really say that wearing the veil represents God’s everlasting will, so that Christians today, in our culture, must resist any attempt to remove the veil?

Most Christians never face this issue because, let’s be honest, few Christians read the Bible and it would be the unusual pastor who chose to preach from 1 Cor. 11. Even Christians who do read the Bible find it easy to miss Paul’s words about veiling. 1 Cor. 11 is a scriptural back alley known to few, most Christians keeping to the well-known parts of the Bible such as Proverbs and Psalms.

Nonetheless, Paul’s words about veiling are indeed in the New Testament and we are obliged to come to terms with it. What is problematic is not just the insistence on veiling, but also and most important the fact that it is set within an odd, hierarchical framework: Women must wear the veil because they are the image of males.

This is one of those places where the intelligent Christian should just acknowledge that here, as occasionally elsewhere in the NT, the author’s cultural horizon has managed to appear in the text. It’s like Deuteronomy’s stipulation that females captured in battle must be allowed one month to mourn their parents before an Israelite is allowed to marry them. This law betrays all sorts of cultural presuppositions that are questionable. We would surely not want to simply adopt it as God’s will just because it is in the Bible. In the same way, Paul’s words about veiling represent a cultural legacy that Paul shared. This legacy is foreign to our culture. More important, there is no reason to identify it with God’s will. It is a particular way in which God’s people, in the past, worked out their understanding of God’s will. We can honor their efforts without identifying their understanding of God’s will with God’s will itself.

Of course, once we acknowledge that the Bible, and even the NT, contains culturally relative ideas and practices, we invite the criticism that we have thereby stripped the Bible of all authority. How can the Bible be the word of God if it is or contains culturally-bound human thoughts.